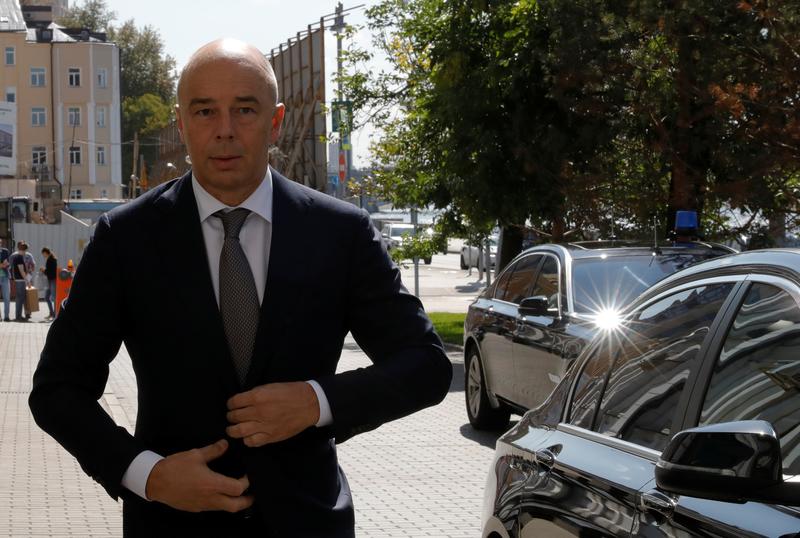 MOSCOW (Reuters) – Russia will cut state support to the economy in 2021, considering rising costs of servicing the burgeoning public debt as part of its response to the COVID-19 pandemic and the collapse of oil prices, said Finance Minister Anton Siluanov.

Running out of options to strengthen public finances, Russia more than doubled its domestic borrowing in 2020, raised some taxes and increased government spending while relaxing its fiscal rule that shields the economy from external shocks.

Russia’s additional public spending to support the economy this year has reached 4.5% of gross domestic product and will decline to 1% of GDP in 2021, Siluanov told reporters in comments cleared for publication on Tuesday.

Nonetheless, state-owned development bank VEB could buy preferred shares in Russian state-run railways to provide them with the funds needed for their investment program, Siluanov said.

“If we continued the same policy as this year, we would take the money out of the economy … We can’t take all the liquidity out of the market and fund the spending,” Siluanov said.

The Ministry of Finance raised nearly 5.3 trillion rubles ($ 71.89 billion) by selling OFZ treasury bills in the domestic market in 2020, with the bulk of the bonds being bought by the big banks, resulting in reduces the liquidity levels of the ruble in the interbank system.

Russia is due to return to fiscal rule in 2022, Siluanov said, referring to the budget system hailed by the IMF and World Bank.

“If that’s the case, then we can’t keep our spending high all the time,” Siluanov said.

“We are conducting a responsible policy unlike other countries which inundate and will inundate their savings with money.”

Russia’s debt-to-GDP ratio has already reached 20 percent, a level the ministry did not want to exceed, and debt service spending will rise to 1.4 trillion rubles in 2023, from 800 billion rubles this year.

Russia does not intend to increase taxes, Siluanov said, repeating the same line from previous years which, however, did not prevent Russia in 2020 from increasing taxes on certain sectors and on Russians earning more than about $ 67,800 per year.

The global recovery in oil prices will help Russia run a budget deficit of 3.9% of GDP in 2020, lower than the 4.4% previously forecast, Siluanov said.