Last night Molly-Mae Hague’s first show as Creative Director of PrettyLittleThing took place. During his PLT show, a protest was taking place outside and was co-led by ex-Love Island star Brett Staniland.

The Tab spoke to fair fashion activist Venetia La Manna, who was co-leading the protest last night alongside ex-Love Islander Brett and Mayisha from Oh so ethical. She told us about why they decided to protest and what it was like to participate. Here’s what she had to say.

Venetia told The Tab that she decided to hold a protest outside of the Molly-Mae X PrettyLittleThing fashion show because “PLT is a brand with a very shiny exterior, and because of the wealth it has. Raised through exploitation, she has plenty of money doing things like paying an influencer to be her creative director and giving her a salary of £4.8million a year.

Molly-Mae’s management has since said the salary figure was inflated, but it’s been reported that Molly-Mae is still earning six figures a month. “PLT is a highly exploitative brand that doesn’t pay its worker support unions and doesn’t care about the planet,” Venetia said.

“People queuing to watch the show were laughing” 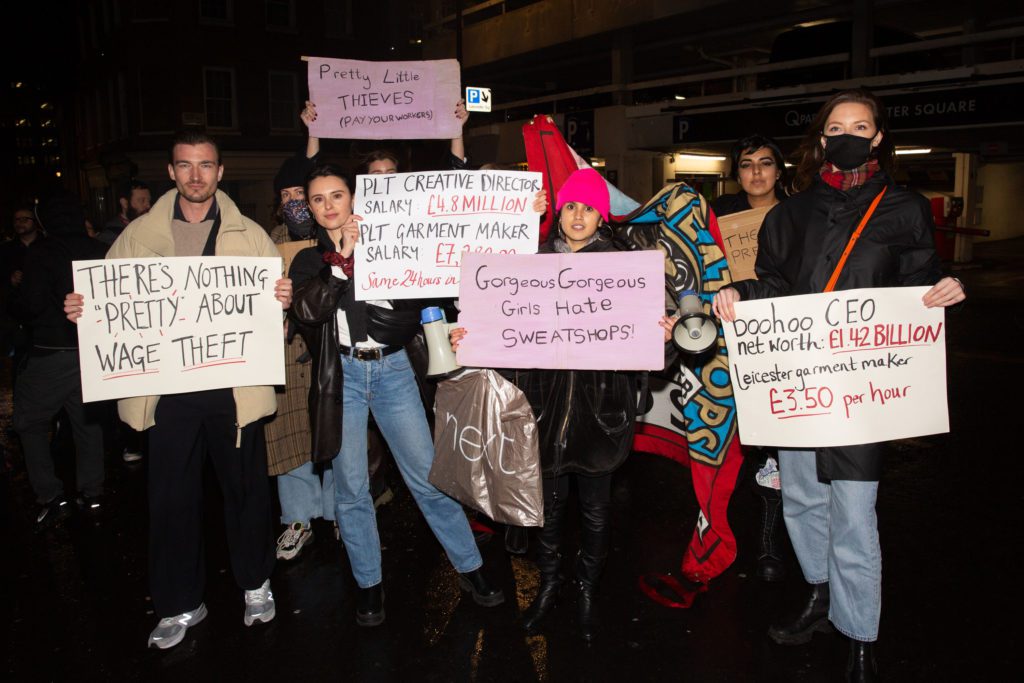 As she demonstrated outside, Venetia said there were recognizable influencers laughing in the queue to get in. She says she thinks it’s because they feel ashamed, “You’re queuing for a fashion show as people protest outside saying it’s unethical, you should’t be here and by being here you are supporting a very exploitative brand so of course you are going to be laughing.

Venetia said protesters outside felt very safe and no one from PLT or the security team told them to move. “Security was happy we were there and they didn’t bother us,” she said. Although the reception was mixed, Venetia said she and other protesters felt confident in what they were doing and saying. “I woke up this morning feeling proud of what we’ve done,” she told The Tab. 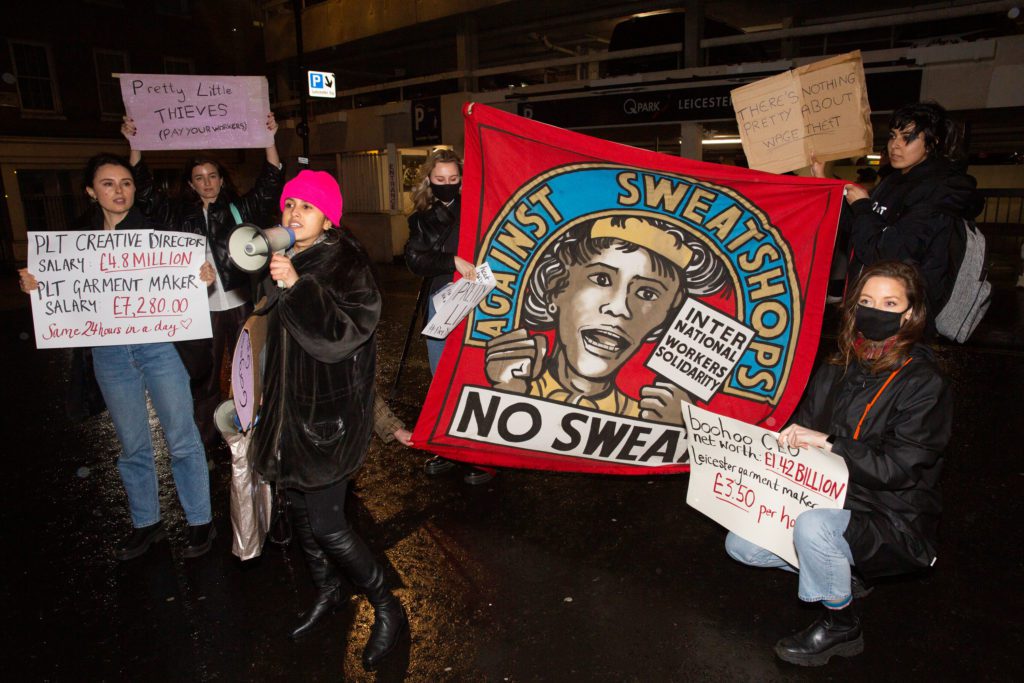 When Molly-Mae announced the show, Venetia was surprised. The protest was always planned with PrettyLittleThing in mind as they believed the energy of the protesters should be directed towards Omar and Adam Kamani who are the founders of PLT and their father, Mahmud Kamani who owns Boohoo. “But now Molly-Mae is a creative director and she’s on a huge salary, so the energy definitely needs to be directed towards her.”

Venetia believes PrettyLittleThing and other fast fashion brands have tricked apparel shoppers into believing fashion is disposable. “And when we are faced with a climate crisis, as we all are, treating something as valuable and valuable as clothing as disposable is so harmful and so destructive,” Venetia said.

“It actually renders the brand’s effort to do something like a resale platform pretty much null and void, because how can you expect people to engage with pre-loved clothes then that sustainable fashion is all about slowing down and choosing quality over quantity.” Yesterday it was announced that Molly-Mae will be selling her old clothes as part of a new Depop style feature on PrettyLittleThing, with the proceeds going to charity. Molly-Mae said the move would encourage young women to shop more sustainably.

Venetia continued: “You can’t do this with clothes that have been marked as disposable and to say their clothes are anything but disposable is laughable. What PrettyLittleThing sells their clothes for versus the actual cost to them of making them are so far apart. 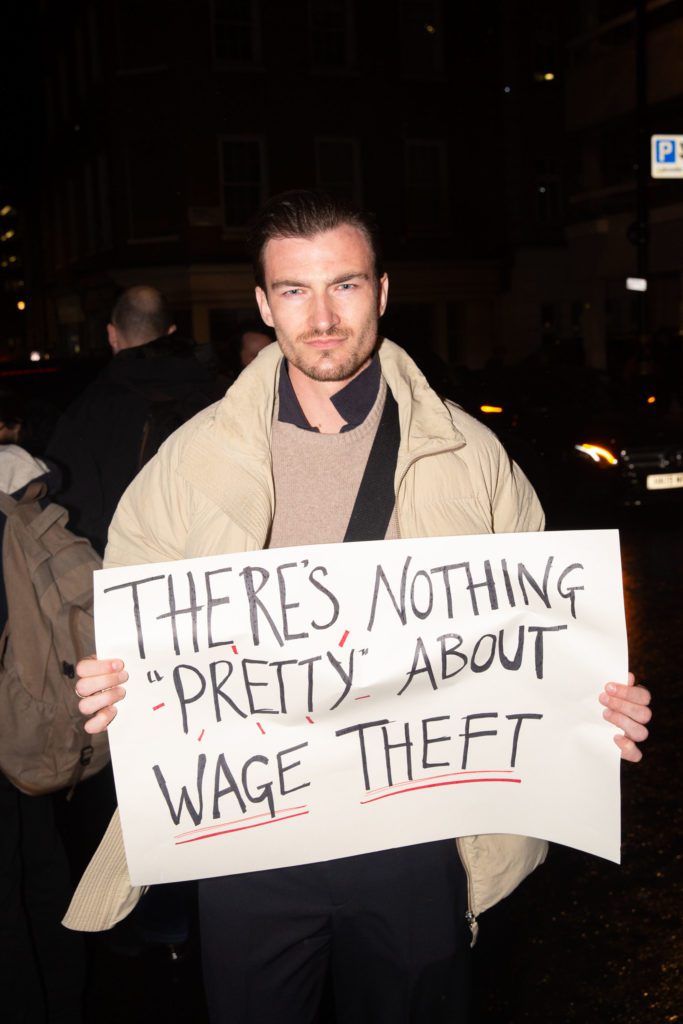 A spokesperson for PrettyLittleThing told The Tab: “Any suggestion that people making clothes for PLT or any other boohoo Group PLC brand are paid less than minimum wage is grossly inaccurate.

“We publish a list of all of our approved UK and international manufacturers, all of whom have been audited within the last 18 months, and we do not tolerate any breaches of our Supplier Code of Conduct. We operate a whistleblower hotline so people can share their concerns and we work with relevant government agencies to ensure that the people who make our garments have their workplace rights protected.

All item images are courtesy of @hollyfalconer on Instagram.

Related stories recommended by this writer:

• Becoming Molly-Mae: Everything we know so far about Molly-Mae’s autobiography