Friday, December 3, EuroCham Vietnam organized the European Night 2021 to mark the resilience of its members and their contribution to Vietnam’s fight against the pandemic during the fourth wave of the epidemic in 2021.

The event – held in both Ho Chi Minh and Hanoi in duplex – featured high-level speeches by Mr. Vo Van Hoan – Vice Chairman of the HCMC People’s Committee; HE Giorgio Aliberti, EU Ambassador to Vietnam and Head of the EU Delegation; and Mr. Alain Cany, President of EuroCham. It also brought together no less than 13 ambassadors and consuls, presidents of affiliated professional associations, as well as representatives of large European companies and investors.
In a very warm and joyful atmosphere, the event was organized to reconnect business leaders, restore confidence and regain optimism after the difficulties of recent months. 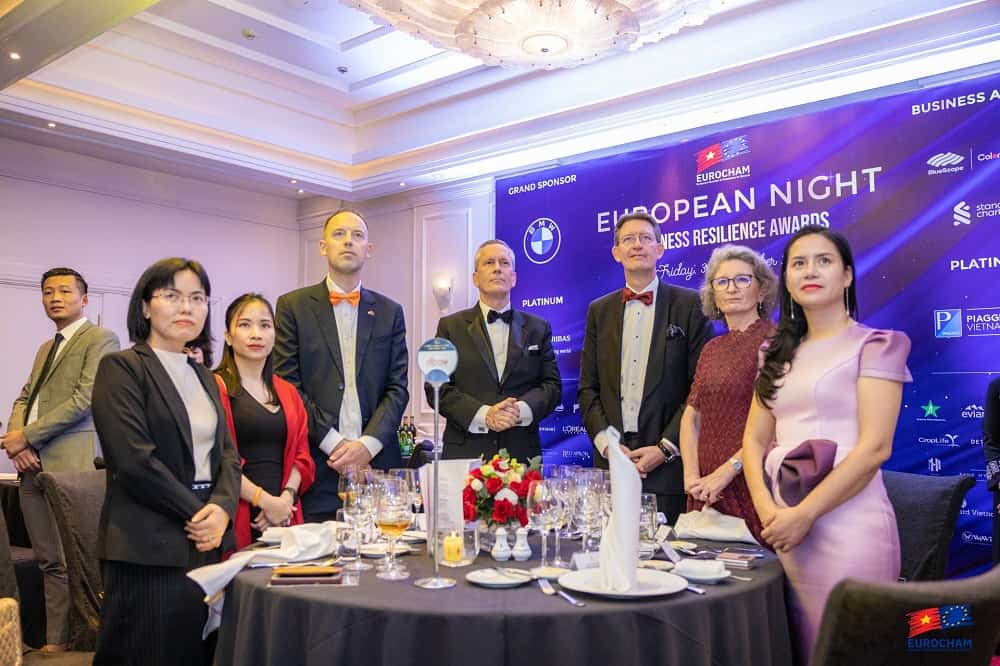 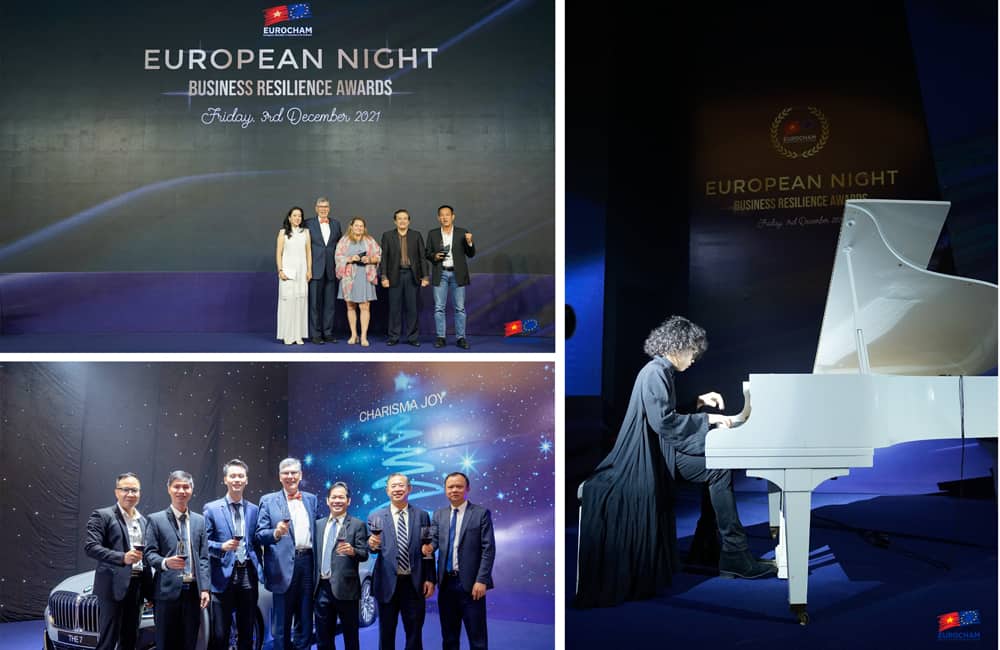